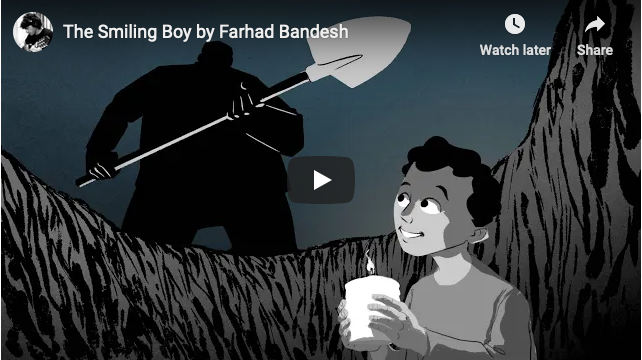 One of those moments we all work for.
One of those wonderful days — all the more sweet because it was not expected, and happened on Farhad’s birthday.
Was there with Jennell Quinsee and Craig Foster as he walked out.
This is what I posted on social media. Along wth these photos.
Con, our website post (below) has been so quickly superceded.
Later we celebrated Farhad’s birthday.
Today an innocent man finally walked free. The moment Farhad Bandesh walked through the gates of MITA prison time stood still. It is a moment I will cherish for the rest of my life — Farhad, guitar in hand after eight long years in hell, stepping out, under blue skies —on his birthday. Seeing Farhad come out was a precious gift for us all. Freedom. The greatest gift of all. 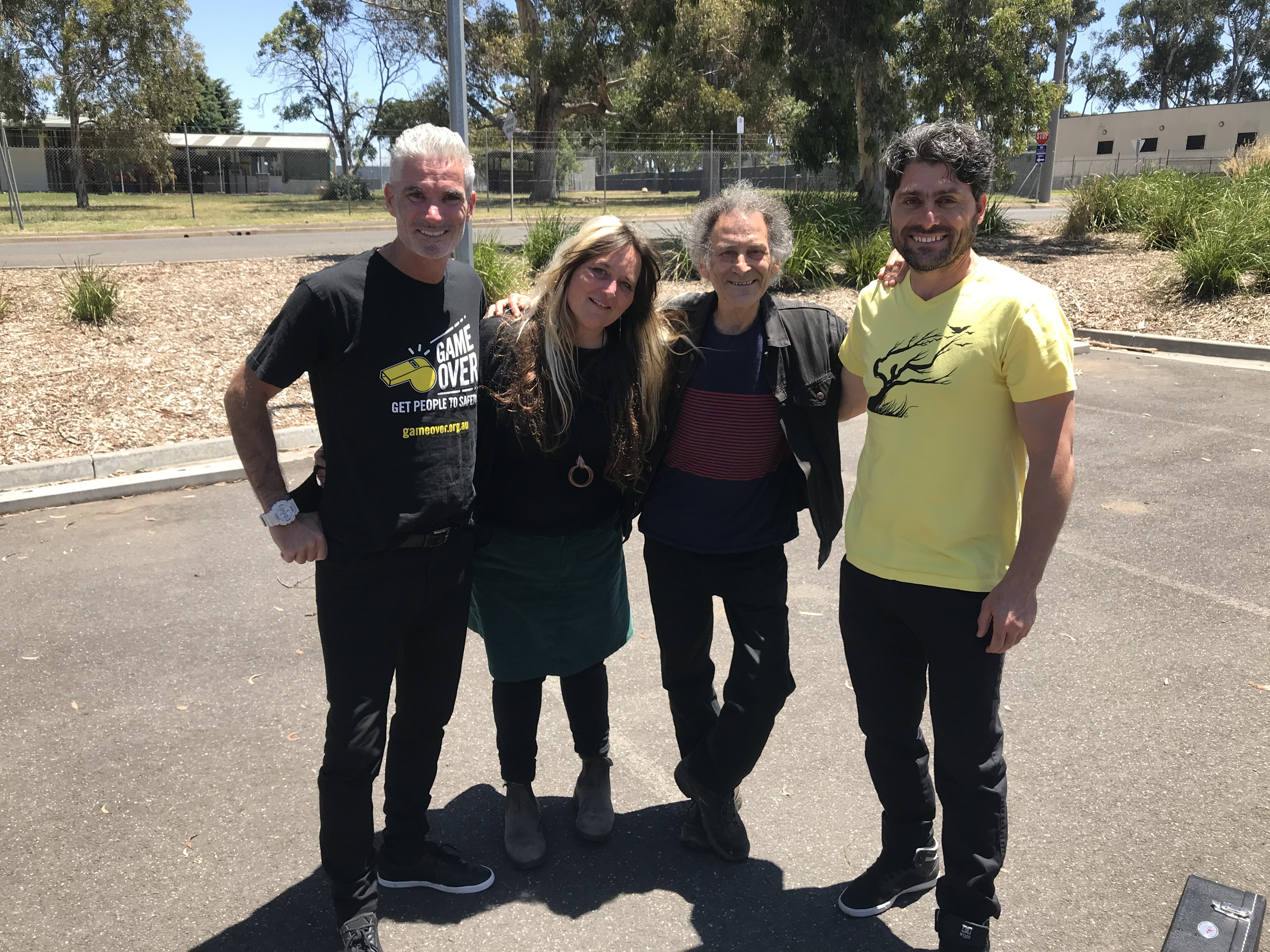 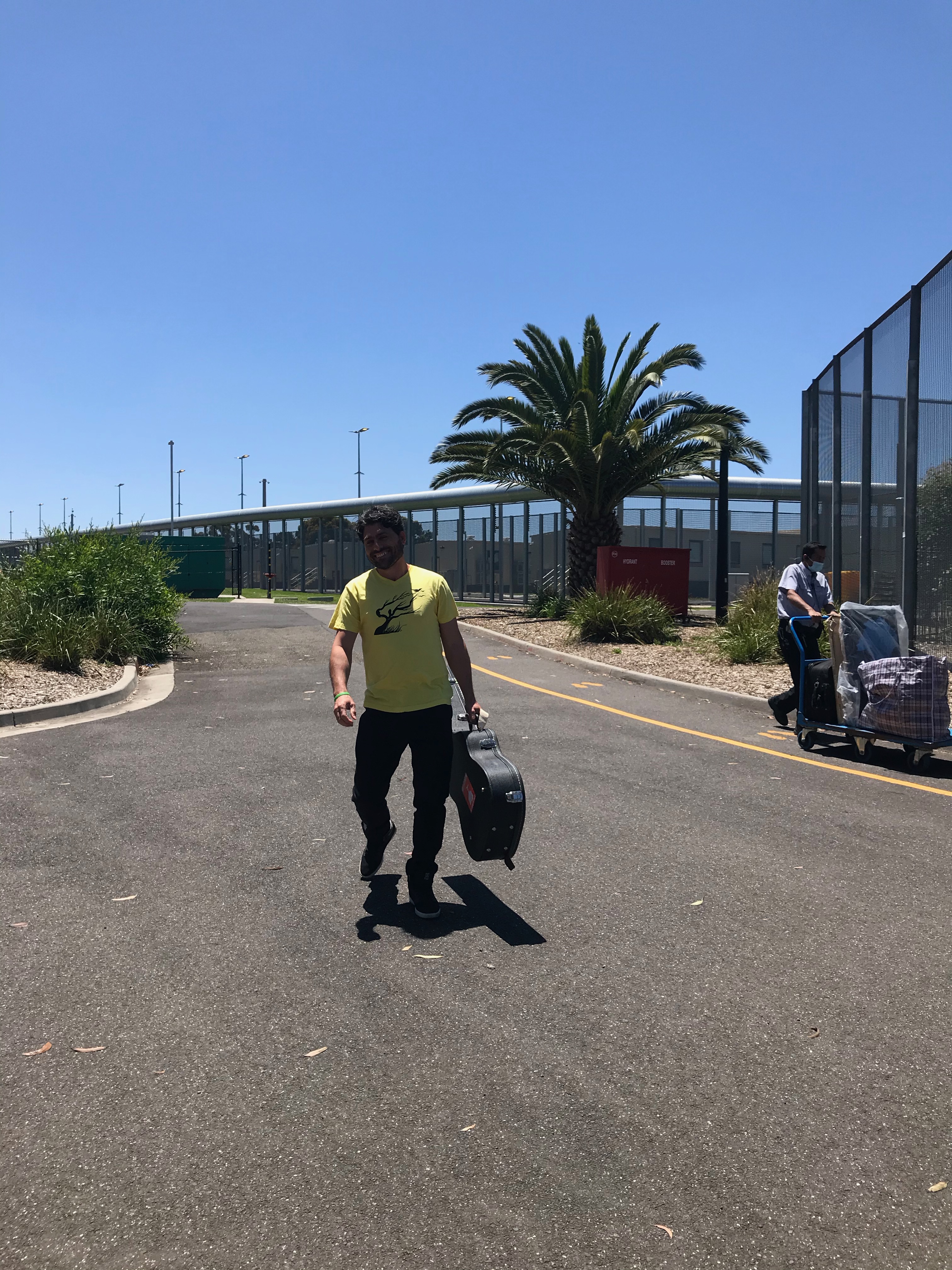 A new campaign ‘TIME FOR A HOME’

The indefinite detention of refugees, both offshore and onshore, is cruel and inhumane. These are people who have committed no crime yet continue to be denied freedom. They are people who embarked on perilous journeys in search of a haven, a refuge, a chance to resettle and rebuild their lives. Instead of finding a home, they continue to languish in limbo. Caught between a traumatic past, and an uncertain future, they have been traumatised all over again. Seven years and still counting. There is a samurai maxim: Even a hunter does not harm a bird that comes to it in search of refuge. It is time for this unjust policy to be brought to an end. I stand in solidarity with detained refugees who, like my own forebears, and many others before them, came here in search of a haven, a sanctuary, a place to call home. It is a basic human right.

A new campaign ‘TIME FOR A HOME’ calling for The release and resettlement of refugees now into their eighth year of detention – effectively imprisonment.  I am one of the ambassadors in this campaign. See the links below. They are the forgotten ones. They have been in lockdown for seven and a half years and still counting.  They have committed no crime.   On a more personal note —  Farhad Bandesh, who is in MITA in Broadmeadows, is releasing a new  song at 11 am tomorrow ‘The Smiling Boy.’

I am  privileged to be one of the collaborators on this project. There is a story behind the song. I first heard it on one of my regular visits to Farhad, who was then detained in the Mantra hotel. As it turned out, it was to be one of the last visits before the Covid lockdowns began.

I attach the press release about the music video and song.   Please spread far and wide.

On Dec 11, 2020, Kurdish Artist Farhad Bandesh (currently detained at MITA, Melbourne), marks his 8th consecutive birthday in Australian detention with the release of The Smiling Boy, a powerful animated music video celebrating hope and resilience in the face of suffering. The video, created in detention, calls for the overdue release of refugees, and features collaborations with an international array of writers, musicians and animators.

While lockdown restrictions unwind around Australia, Farhad faces the milestone of his 39th birthday with typical resilience and creativity. Despite enduring detention for 8 years, he remains proactive and hopeful, and continues his advocacy for refugees, while collaborating from within detention, with a huge collection of musicians, songwriters and animators.

“The Government wants to bury us alive,” laments Farhad, referencing a lyric of his song,” but this song is a gift for my birthday and for the 1000+ refugees still in detention since 2013 — it’s a reminder to stay hopeful, and it’s a reminder that community support for refugees is gathering huge momentum in Australia. Our freedom will come.”

Since 2013, despite being detained for 6 years on Manus Island and several years in Melbourne, Farhad has continued to remain proactive – speaking on the ABC’s Q+A about Covid conditions in detention, conducting media interviews, launching online exhibitions of his painting, writing music and lyrics, editing music videos, contributing to songwriting conferences via zoom, always continuing to care and advocate for others, and always seeking new collaborative creative partners.

“It deeply disturbs me that Australia has kept so many people detained for indefinite lengths of time”, said Neil Sanders, who directed the international collection of animators who contributed to this music video, “but seeing how Farhad remains so creative and hopeful was a real inspiration to get involved and help him get his message out.”

“Farhad’s fierce creativity in the face of over seven relentless years of detention, is an extraordinary act of resistance,” said writer Arnold Zable, who collaborated on the lyrics. “Despite it all, Farhad has not succumbed to despair. His fearless advocacy, and the stories he tells through his songs, poems and artworks, are both deeply personal and emblematic of the ongoing suffering of his fellow detainees.”

The smiling boy in the song and video, refers to a tragic event that took place in the late ’80s, where tens of thousands of Kurds, including many children, were murdered in the deserts of Iraq. In one haunting photo of this incident, a boy is captured smiling at the camera, in brave defiance of his impending fate. Like the Kurdish community, Farhad draws strength from this gesture, to face an unknown future.

For his 8th birthday in detention, Farhad calls on the Federal Government to end this inhumane suffering, and release refugees from their indefinite detention.

“There are Australian people and communities willing to host refugees. New Zealand offered long ago to host refugees. The solutions are there – the government needs to end the unnecessary suffering they have caused for so many years.” 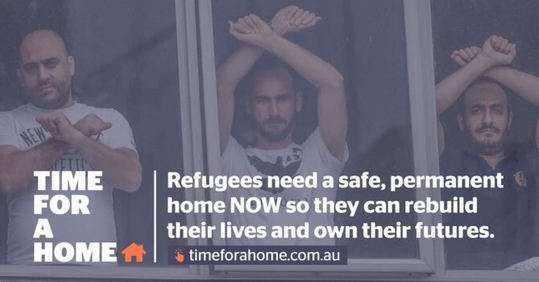 A coalition of 60 grassroots networks, legal, medical, community and human rights organisations are calling on the Morrison Government to release and resettle people seeking asylum and refugees held in indefinite detention for up to seven years.

The Time for a Home campaign launched today, is calling on the Morrison Government to resettle people in a permanent home by World Refugee Day in June 2021.

People who have been through offshore processing and remain detained in a network of facilities, including Alternative Places of Detention (APODs) of Mantra Hotel in Melbourne and Kangaroo Point Hotel in Brisbane, and offshore, need a permanent home to recover their health and rebuild their lives.

Human rights activist detained at Villawood detention facility, Farhad Rahmati:
“I am a civil engineer but I don’t have a future. The Australian Government has imprisoned us for 7 precious years of life, away from loved ones and community. We lost 13 brothers who died in offshore processing, it’s time for Prime Minister Morrison to give us freedom to start life again in a safe, new home.”

Louise Redmond, National President of Rural Australians for Refugees (RAR):
“RAR members have been visiting people seeking asylum and refugees in detention particularly in Queensland, New South Wales, Victoria and South Australia. for many years and have kept in contact via mobile phones during COVID-19 restrictions. It concerns us all that as restrictions ease, visiting rights have not been restored.”

“A number of our members are ready to welcome people into their homes as part of a resettlement process. RAR urges the Government to work with us to develop a plan for fair resettlement of people who have sought our protection.”

Dr Sara Townend, Director of Independent Doctors Network:
“Australian doctors work with asylum seekers and refugees across a number of settings. We see first-hand the impact that detention has on physical and mental health. Providing durable and safe pathways towards resettlement needs to be a priority for these patients.’

Jana Favero, Director of Advocacy and Campaigns at Asylum Seeker Resource Centre:
“The only thing standing between a permanent home and refugees is our Government. We must stop punishing people, simply because they sought safety on our shores. The community has spoken, Doctors have spoken, and experts have spoken. It’s time for our Government to stop playing politics with people’s lives and do the right thing.”

Australian Refugee Action Network spokesperson:
People across Australia are saying that there is no justification for holding refugees and people who are seeking our protection for years in immigration detention. Like all of us, people need freedom and the chance to build their futures. Detention is totally unnecessary and damaging to the people deprived of freedom and hope, and to the community and we cannot tolerate it.”

Sarah Dale, Centre Director and Principal Solicitor of Refugee Advice and Casework Service (RACS):
“Our Government has spent the last 7 years holding men, women and children in appalling conditions, for daring to seek safety on our shores. This from a country that holds itself as a leader in Human Rights. It’s time for the double standards to end and for the Government to allow all refugees to rebuild their lives in permanent safety.”

Dr Graham Thom, Refugee Coordinator, Amnesty International Australia:
“For more than 7 years refugees have been stuck in detention. It’s time for this to end, for the Australian Government to show compassion and humanity and find people a home.”

Click here for Media Brief: Time for a Home campaign to release and resettle refugees in detention