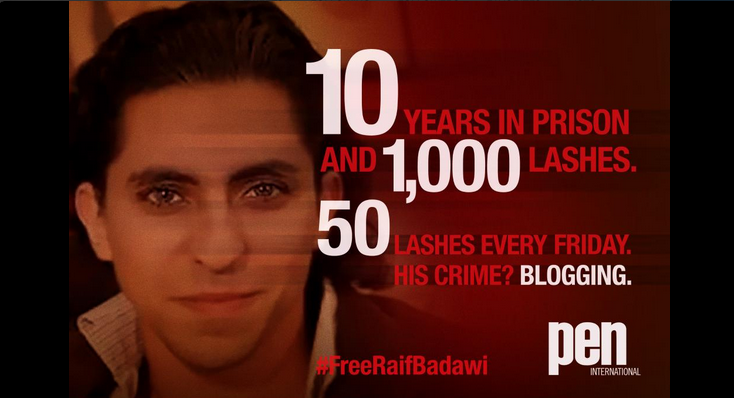 PEN International is outraged that Saudi Arabian authorities have today gone ahead with the flogging of Raef Badawi for “insulting Islam” and for “founding a liberal website”. Badawi will receive 50 lashes each Friday following morning prayers until he has received 1,000 lashes.

PEN is calling for his sentence of flogging to be overturned immediately as it violates the absolute prohibition in international law against torture and other cruel, inhuman or degrading treatment or punishment. PEN International reiterates its calls for Badawi’s conviction to be quashed and for his immediate and unconditional release. 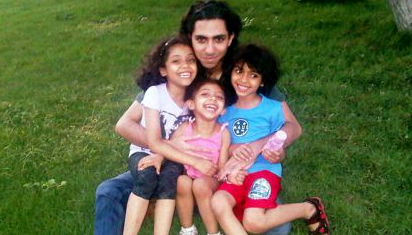 Please send a letter of support to Raef Badawi and his family. Letters will be forwarded to Badawi’s family on his behalf. We’ve included a sample letter below as a starting point, but strongly encourage you to personalise your message before submitting.

I am writing you in regards to the situation of the Saudi Blogger, Raif Badawi.

I am International President of PEN International, which brings together some 25,000 writers in 100 countries, including most of the Islamic countries.

As it happens, I am also Canadian and the family of Mr. Raif Badawi also lives in Canada.

I’ve just learned that the sentence condemning Mr. Badawi includes, among other things, 1000 lashes, slated to begin tomorrow with a first round of 50 lashes.

Mr. Badawi’s activities have been entirely peaceful. By international standards he has not done anything which would justify his imprisonment. And certainly such an extreme sentence as 1000 lashes must be considered inhuman and unacceptable.

I am writing to you urgently in the hope that you will be able to convey the distress of the international writing community at the treatment planned for Mr. Badawi. Our clear feeling is that he should be released. However, as a first step we ask that this unacceptable, physical punishment be suspended. Flogging contravenes international law. It is certainly a punishment which cannot be considered acceptable by any normal ethical standards.

Join PEN Melbourne
Back to all Latest News