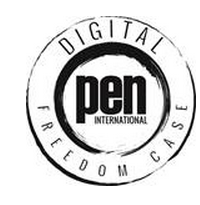 According to unconfirmed reports, the case against imprisoned editor has been referred to the supreme court amidst international condemnation of his flogging. Raef (or Raif) Badawi, who was sentenced by a Saudi Arabian court to 10 years in prison, 1,000 lashes , a fine, a 10-year travel ban and 10-year media participation ban for “insulting Islam” and “founding a liberal website”, received the first 50 lashes of his flogging sentence on 9 January 2015. PEN is calling for his sentence of flogging to be overturned immediately as it violates the absolute prohibition in international law against torture and other cruel, inhuman or degrading treatment or punishment. PEN International reiterates its calls for Badawi’s conviction to be quashed and for his immediate and unconditional release, as well as that of his lawyer Waleed Abu al-Khair, who is serving a 15-year prison sentence.

Appeals to be sent to:

His Majesty
King Abdullah Bin Abdul Aziz Al Saud
The Custodian of the two Holy Mosques
Office of His Majesty the King
Royal Court, Riyadh
Kingdom of Saudi Arabia
Fax: (via Ministry of the Interior) +966 1 403 3125

Raef Badawi was arrested on 17 June 2012 in Jeddah after organising a conference to mark a “day of liberalism”. The conference, which was to have taken place in Jeddah on 7 May, was banned by the authorities. On 29 July 2013, a court in Jeddah sentenced Badawi to seven years and three months in prison and 600 lashes after he was convicted under the information technology law of “founding a liberal website,” “adopting liberal thought” and for “insulting Islam”. The online forum, Liberal Saudi Network – created to foster political and social debate in Saudi Arabia – was ordered closed by the judge.

According to reports, the appeal, submitted by Badawi’s lawyer, Walid Abu al-Khair, cited procedural and evidential reasons why the conviction should be overturned and Badawi should be freed. In December 2013, it was reported that the Court of Appeal had reversed the ruling of the District Court in Jeddah, ordering that Badawi’s case be sent for review by another court. Badawi, who suffers from diabetes, is reported to be in poor health.

On 7 May 2014, Jeddah’s Criminal Court sentenced Badawi to 10 years in prison, 1,000 lashes and a fine of 1 million Saudi riyals (approx. US$266,631) on charges of ‘insulting Islam’ and ‘founding a liberal website.’ According to PEN’s information, when Badawi appeared in court to collect a written account of the verdict on 28 May 2014 he discovered the insertion of two additional penalties: a 10-year travel ban and 10-year ban from participating in visual, electronic and written media, both to be applied following his release. For more information about his case, please read PEN’s interview with his wife Ensaf Haidar here.

According to the Centre For Inquiry (CFI), in a post dated 17 September 2014, the Saudi appeals court in Mecca confirmed the sentence against Badawi, and states that the lashes will be administered 50 at the time, in public, every week after Friday Prayers. The first 50 lashes were given outside al-Jafali mosque in the port city of Jeddah on 9 January 2015. The following week, the authorities postponed Badawi’s flogging on medical grounds after a doctor said wounds from the previous lashing had not healed. On 16 January 2015 his wife Ensaf Haider, who lives in Canada with the couple’s three young children, said that King Abdullah had referred the case to the supreme court, although there has been no official confirmation of this from the Saudi authorities.

PEN International is also protesting the arrest of Badawi’s lawyer, Waleed Abu Al-Khair, on 15 April 2014. Waleed Abu Al-Khair is a lawyer, human rights activist and founding member of the Monitor of Human Rights in Saudi Arabia (MHRSA) who has also written many articles. On 4 February 2014, the Court of Appeal confirmed a three-month sentence against Abu Al-Khair imposed after he had been convicted of contempt of the judiciary. According to PEN’s information, Abu Al-Khair was arrested at the Specialised Criminal Court in Riyadh while he attended the fifth session of his trial for other charges made against him in 2013, which include: “breaking allegiance to and disobeying the ruler and disrespecting the authorities”, “offending the judiciary”, “inciting international organisations against the Kingdom” and “founding an unlicensed organization” (Monitor of Human Rights in Saudi Arabia), and supervising it and contributing to the establishment of another (the Saudi Civil and Political Rights Association – ACPRA); and “preparing, storing and sending material harmful to public order”.

Initially held in Al Hair prison, where there were concerns that he may have been subjected to ill-treatment, Abu al-Khair was transferred on 27 May 2014 to Briman prison in Jeddah. On 6 July 2014, the Specialized Criminal Court, Saudi Arabia’s terrorism tribunal, sentenced him to 10 years’ actual imprisonment, with another five years’ imprisonment which were suspended, a 15-year ban on travel abroad, and a fine of 200,000 Saudi Riyals (equivalent to approximately US$53,000) on a number of broad and vaguely worded charges that are believed to stem solely from his peaceful activism, including comments to news outlets and on Twitter criticizing Saudi human rights violations. On 11 August 2014 he was moved again to al-Malaz prison in Riyadh, over 960 kilometers from his family in Jeddah.

The Public Prosecutor appealed the sentence at the Court of Appeal in Riyadh, which on 15 January 2015 ruled that he should serve the entire 15-year sentence in prison, on the grounds that he had not shown any contrition for his “offence”.

According to MHRSA, Abu al-Khair refused to recognize the legitimacy of the court or defend himself against the charges. He also refused to sign a copy of the trial judgment or to appeal the conviction or his sentence. MHRSA stated on 12 August 2014 that it believes his prison transfers are a punitive measure for Abu al-Khair’s refusal to recognize the court. Abu Al-Khair is the recipient of the 2012 Olof Palme Prize.

Under Article 19 of the Universal Declaration of Human Rights, “everyone has the right to freedom of opinion and expression; this right includes freedom to hold opinions without interference and to seek, receive and impart information and ideas through any media and regardless of frontiers”. Criminalisation of the peaceful criticism of public officials and institutions violates international human rights law. Corporal punishment such as flogging also violates the absolute prohibition under international law of all forms of torture or other cruel, inhuman or degrading treatment or punishment.

From our friends at PEN International