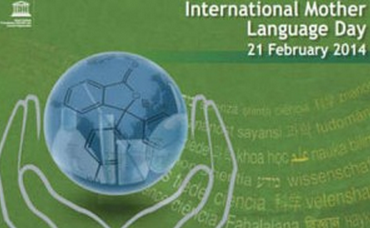 Each year, 21 February marks International Mother Language Day, a day which recognizes the importance of linguistic and cultural diversity and promotes the protection of languages. PEN International has long recognised the vital role that language plays in identity, communications, social integration, education and development.

PEN International is currently expanding the scope of its work with regards to Linguistic Rights, and is the recipient of a major grant from UNESCO for a major new research and capacity building programme, working with PEN Centres in Kenya, Serbia, Haiti and Nigeria to strengthen the minority language creative publishing industries in these countries.

Through The Writers in Prison Committee  PEN International actively monitors and campaigns on cases of individual writers at risk from minority language communities who face oppression for their writing and for the use of their own language.  This year, for International Mother Language Day, PEN International is campaigning for the immediate and unconditional release of Nurmuhemmet Yasin, a member of the Uyghur minority in China, imprisoned in connection with a short story he wrote in Uyghur.

Through campaigns, projects and events, PEN International works with Centres around the world to highlight the importance of reading and writing as tools for the protection and promotion of freedom of expression, as well as for global peace-building, cultural dialogue and development.