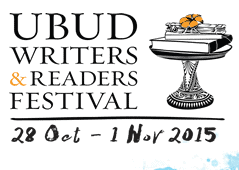 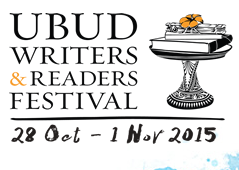 London, 26 October 2015 – The decision of Indonesian authorities to interfere with the programme of the Ubud Writers & Readers Festival, starting on Wednesday in Ubud is deeply shocking and should be overturned immediately, PEN International said today.

The Indonesian authorities have forced the organisers to drop three sessions related to the 50th anniversary of what is known as ‘the year of living dangerously’ when anti-communist massacres followed the mysterious killing of six army officers in a failed coup in 1965. In the instability that followed, countless people were killed or arrested.

To remember the repression and offer a space for dialogue that could lead to reconciliation, the festival had dedicated three panel discussions on the topic, which they have now been forced to drop. The screening of Joshua Oppenheimer’s The Look of Silence, an art exhibition, and the launch of the book The Act of Living have also been cancelled, to ensure that the operating permit of the festival is not revoked.

Now in its 12th year, the Ubud Festival was set up in the aftermath of the Bali bombings of 2002 to assert the principles of reconciliation and as a way to heal the wounds. In a statement, the festival founder and director Janet DeNeefe said:

‘As a Festival, our mission is to create an open platform where people can come together to discuss the issues that affect us. 1965 is an event that has and continues to influence many Indonesians and as such, we chose to dedicate a proportion of the program to enriching our understanding about this, through themes of reconciliation and remembrance.

We hoped that these panel sessions would enable conversations to take place that continueIndonesia on its journey of healing, particularly for those whose lives were so severely affected. Unfortunately, whilst we pride ourselves in bringing topical issues to the forefront of national and International dialogue, we had to consider the Festival’s program in its entirety and the many other important issues which will be explored through it, including human rights, activism, and censorship.’

Festivals are forums where difficult conversations are meant to take place, and by preventing these conversations, local authorities have undermined freedom of expression and kept old wounds buried. It also weakens the central premise of the Ubud Festival, which was conceived as a response to a terrorist attack on the island of Bali.

‘The Indonesian massacres of 1965 were exceptional in their scale and have had a lasting impact on ethnic relations within Indonesia,’ said Salil Tripathi, chair of PEN International’s Writers-in-Prison Committee.

‘During the 32-year rule of General Suharto, it was impossible for many conversations to take place, and 1965 was one of them. It was only after his removal from power that the film, The Year of Living Dangerously, could be shown, and political prisoners were released. Oppenheimer’s films, The Act of Killing and The Look of Silence, are major contributions to our understanding of 1965.

By clamping down on the Ubud Festival and refusing permission for 1965 to be memorialized or discussed, Indonesian authorities have tightened the lid on the country’s past and taken a huge step backward. PEN International condemns the authorities’ decision.’