Fundraiser for PEN Melbourne Screening of The Dissident, Tuesday 18 May 2021, 6.40pm. 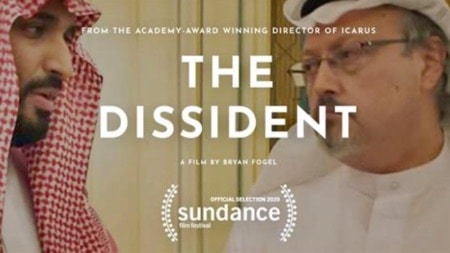 Share this
Fundraiser for PEN Melbourne
Screening of The Dissident

You are doubt be familiar with the horrific story of Washington Post journalist, Jamal Khashoggi. Mr Khashoggi disappeared after entering Saudi Arabia’s consulate in Istanbul on 2 October, 2018. He  never came out. His fiancée, Hatice Cengiz, waited outside for 12 hours.

Hatice Cengiz and dissidents around the world are left to piece together the clues to a brutal murder and expose a global cover-up perpetrated by the very country Khashoggi loved.

‘It’s an astonishing piece of work, both fearless and artful in the way it encompasses and orders layers of information. If our world needs new forms to encompass the complexity of modern life, The Dissident points a way forward.’   Sydney Morning Herald.

Arrest and imprisonment of Arash Ganji in Iran.

A court of appeal in Iran on 28 February confirmed that writer, translator and secretary of the Iranian Writers’ Association, Mr Arash Ganji will be imprisoned for 11 years. His arrest and imprisonment are imminent. 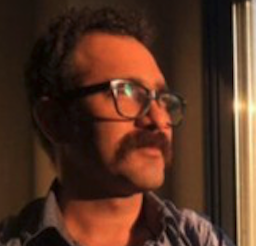 Arash Ganji is a well-known Iranian writer and translator, and currently serves as Secretary of the Iranian Writers’ Association (IWA). On December 22, 2019, authorities raided Mr Ganji’s apartment and confiscated his belongings, including his laptop, books, and notes, and then arrested him on undisclosed charges. An IWA member close to this case has said that Mr Ganji’s arrest was in connection with his translation of a book about a Kurdish-led uprising in northern Syria, A Small Key Can Open A Large Door: The Rojava Revolution.

In January 2021 Branch 28 of the Revolutionary Court in Iran sentenced Mr Ganji to 11 years imprisonment – conspiracy five years, propaganda against the system five years and membership in illegal organisation one year.

Mr Ganji suffers from a serious heart condition that requires medical care and which his family fears is being denied.

PEN Melbourne calls for the Iranian authorities to immediately drop the unjust charges against Arash Ganji.  Mr Ganji has committed no crime and he should be released immediately, and provided with all necessary medical attention he requires.