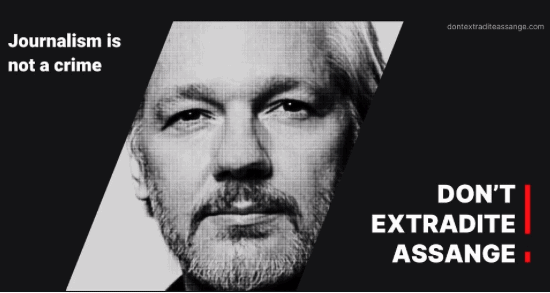 US Gov. argued journalists are liable to prosecution under Espionage Act + John Shipton just In !

Plus An Open Letter by James Ricketson (below)

Hi All, I hope you are all well. Just in NOW: John Shipton Julian’s dad gives update from the case (Thanks to James Ricketson for providng this link).https://www.facebook.com/james.ricketson.12/videos/2846929928743086

+ from yesterday  I ask:  Why remove 1st Amendment protection for NON USA Citizen journalists if all journalist’s (including USA Citizens/Journalists) are liable to prosecution for publishing classified information. Regardless of whether that comes into their possession from a whistle-blower and seemingly regardless, even if those files disclose alleged war crimes involving the mass slaughtering of innocent civilians and the targeting and killing those providing first aid assistance to the wounded trying to crawl away as is evident in the Collateral Murder Video released by Chelsea Manning.

I wish to thank Craig Murray for his Commentary (Excerpt below) and full text click here >  “Your Man in the Public Gallery: Assange Hearing Day 10“.  “The gloves were off on Tuesday as the US Government explicitly argued that all journalists are liable to prosecution under the Espionage Act (1917) for publishing classified information”. Excerpt below and full text

To help you know who is who, in the excerpt that I have pasted in from Craig Murray’s publication: From my understanding James Lewis QC is the Counsel for the US Government trying to extradite Julian Assange and Eric Lewis is a designated Expert Witness for Assange’s defence team.

Excerpt pasted here> “Counsel for the US Government James Lewis QC then stated he would turn to the First Amendment issue.

James Lewis QC You suggest that the First Amendment precludes this prosecution
Eric Lewis Yes, There has never been a prosecution of a publisher under the Espionage Act for publication of classified information.
James Lewis QC Are you familiar with the Rosen Case of 2006. This was precisely the same charge as Assange now faces, 793 (g) of the Espionage Act, conspiracy to transmit classified information to those not entitled to receive it. Have you read the case?
Eric Lewis Not in a long while, because ultimately it was not proceeded with.

[James Lewis read through lengthy extracts of the Rosen judgement, which I do not have in front of me and was unable to get down verbatim. What follows is therefore gist not transcript].

James Lewis QC In the Rosen case, it is made plain that the receiver, not just the discloser, is liable to prosecution under the Espionage Act. The judge noted that although the Espionage Act of 1917 had been criticised for vagueness, Congress had never felt the need to clarify it. It also noted that much of the alleged vagueness had been resolved in various judicial interpretations. It noted the fourth circuit had rejected a first amendment defence in the case of Morison.
Eric Lewis Morison is different. He was a leaker not a publisher.
James Lewis QC The Rosen judgement also goes on to state that vagueness does not come into play where there is clear evidence of intent.
Eric Lewis When you consider the 100 year old Espionage Act and that there has never been a prosecution of a publisher, then intent…
James Lewis QC [interrupting] I want to move on from intent to the First Amendment. There are supreme court judgements that make it clear that at times the government’s interest in national security must override the First Amendment
Eric Lewis In times of imminent danger and relating to immediate and direct damage to the interests of the United States. It is a very high bar.
James Lewis QC The Rosen judgement also notes that the New York Times Pentagon Papers case was about injunction not prosecution. “The right to free speech is not absolute”.
Eric Lewis Of course. The arguments are well rehearsed. Movement of troop ships in time of war, for example; cases of grave and immediate danger. In the Pentagon Papers Ellsberg was, like Assange, accused of putting named US agents at risk. The bar for overriding the First Amendment is set very high.
James Lewis QC [Reading out from a judgement which I think is still the Rosen judgement but it was referred to only by bundle page] He also notes that serial, continuing disclosure of secrets which harm the national interest cannot be justified. It therefore follows that journalists can be prosecuted. Is that what he says, Mr Lewis?
Eric Lewis Yes, but he is wrong.
James Lewis QC Do you accept that the Pentagon Papers judgement is the most relevant one?
Eric Lewis Yes, but there are others.
James Lewis QC A close reading of the Pentagon Papers judgement shows that the New York Times might have been successfully prosecuted. Three of the Supreme Court judges specifically stated that an Espionage Act prosecution could be pursued for publication.
Eric Lewis They recognised the possibility of a prosecution. They did not say that it would succeed.
James Lewis QC So your analysis that there cannot be a prosecution of a publisher on First Amendment grounds is incorrect….…” 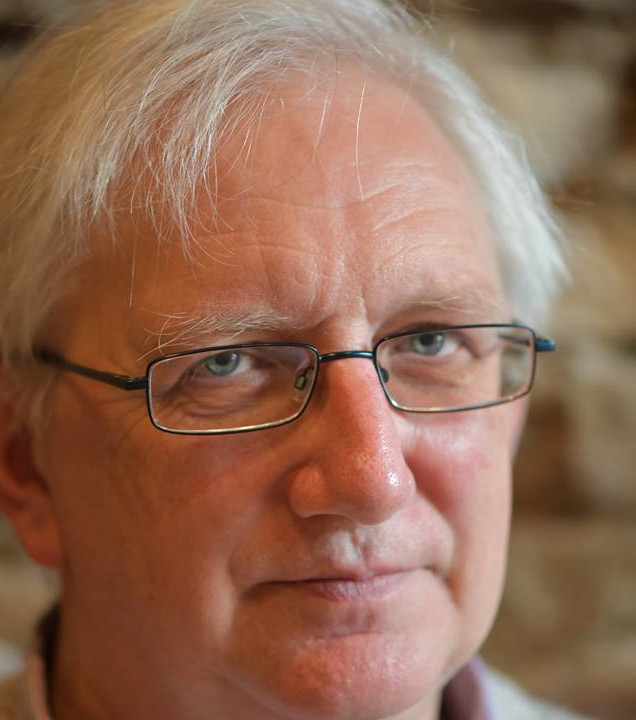 The gloves were off on Tuesday as the US Government explicitly argued that all journalists are liable to prosecution under the Espionage Act…
https://www.craigmurray.org.uk

A conversation between John Pilger and  Dr Alison Broinowski AM

On Tuesday 8 September two Australian Journalists were rescued by their Government when China attempted to question them on the work of detained journalist Cheng Lei.

In stark contrast and at the same time in the UK, an Australian Journalist is in detention and subject to extradition proceedings where he fights for his life not to be sent to face a 175 year prison sentence in an American prison.

Dr Alison Broinowski AM and John Pilger will speak about this and the progress of the current extradition hearing in London against Julian Assange, the likely outcome and what it means for media freedom and democracy.

John Pilger is an Australian-British journalist and filmmaker based in London. His decades long work in print and film have made him one of the most successful and awarded Australian journalists.  He was twice winner of Britain’s Journalist of the Year Award, and has won many other awards for his work, including the UN Media Peace Prize, Best Documentary, One World Awards for ‘The War on Democracy’.  He won the Sydney Peace Prize in 2009.

John met Julian Assange over 10 years ago and has been one of his biggest supporters since. He asked Assange why he started WikiLeaks and Julian replied, “Transparency and Accountability are moral issues that must be the essence of public life and journalism.”

Dr Alison Broinowski AM is Vice-President of Australians for War Powers Reform. She joined the Australian Foreign Service in 1963 where she remained until 1993, working alternately as an author and Australian diplomat.

Since leaving the Department of Foreign Affairs and Trade, she has received a PhD in Asian Studies from ANU, and has continued to lecture, write, and broadcast in Australia and abroad on Asian affairs and cultural and political issues and has published 14 books on those subjects. In 2013 she stood as a Wikileaks Party candidate for the Senate in NSW.

Ticket price for this event is AU$7.

This link is a thorough report of the third day of the hearing in London.The defence produced a star witness in Trevor Timm, Director of the Freedom of Press Foundation (US), who specialises in media law and press freedom. He demolished a good part of the US Gov case, establishing that Assange was acting as a journalist, that the US Gov has no authority to say who is and isn’t a journalist, that what he did was what journalists do every day, and that he did not steal any documents. Jo Lauria, Editor-in-chief of Consortium News, gives a very precise account of the proceedings. There are also posts from each day. 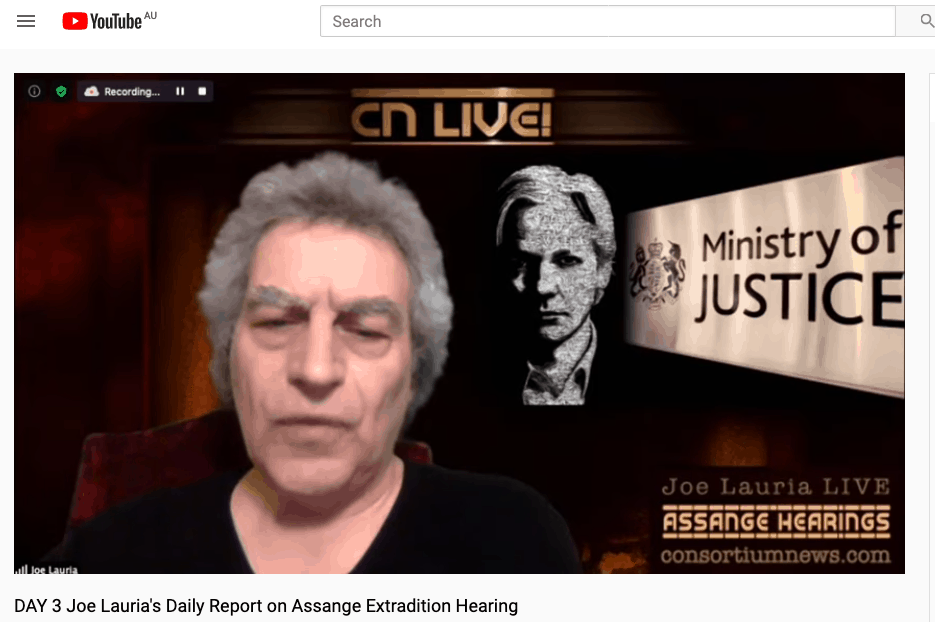 “I will not waiver under tyrannical punishments that will limit my freedom to the four walls of the prison cell”. #ImprisonedWriter #NargesMohammadi risks 10 years imprisonment, flogging and a ...fine for exercising her right to free expression. Set her free https://pen-international.org/campaigns/day-of-the-imprisoned-writer-2022