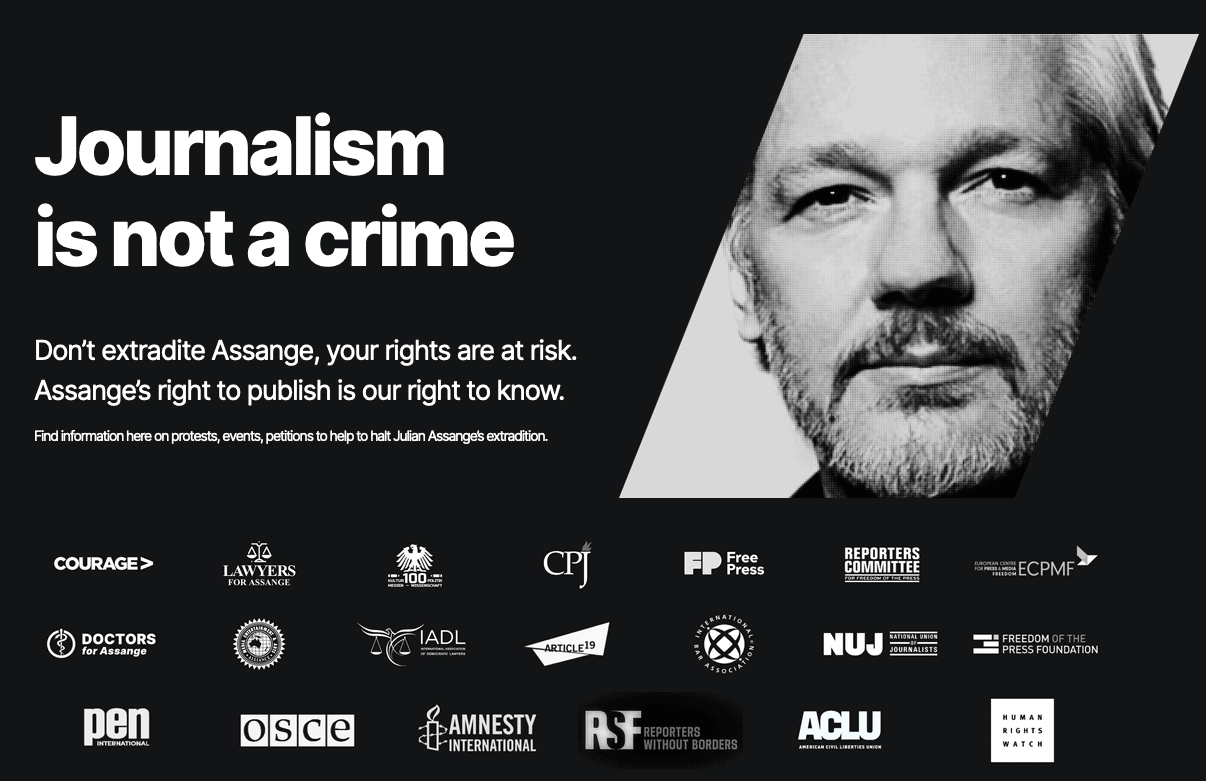 “New: The Court has now granted Julian’s team an extension until March 29th to reply to the US appeal grounds/cross-appeal. The High Court will decide whether it will allow the US permission to appeal after March 29th. More below. Please share+support.”: Source Stella Moris

Also Senator Peter Whish-Wilson in the Senate this week. He is the Senator that tabled the petition of Phillip Adams in the Australian Parliament. https://youtu.be/8xJLmPXEo1U

————————————————–
A coalition of 25 major human rights and press freedom groups have signed a letter asking Biden’s Department of Justice to drop the indictment against Julian Assange. The letter initiated by Freedom of the Press Foundation was signed by leading rights groups including Amnesty International, Human Rights Watch, the American Civil Liberties Union, Committee to Protect Journalists and PEN America.
https://dontextraditeassange.com/wp-content/uploads/2021/02/DOJ-letter-Assange.pdf
Feb 17, 2021 —

Julian Assange’s partner Stella Moris has sent out an important update about the extradition case on Crowd Justice fundraising appeal. The update came after the US prosecution submitted their arguments to court last Friday, to appeal a UK magistrates court ruling from January 4, that it was unsafe to extradite Julian because to do so would likely result in his death.
“The next step in the legal case is that Julian’s legal team will respond to the US grounds for appeal. Julian’s lawyers are hard at work. Julian’s team has asked the High Court to give them more time to consider whether to lodge a cross appeal in order to challenge parts of the ruling where the magistrate did not side with Julian and the press freedom arguments. A cross appeal would provide an opportunity to clear Julian’s name properly.”

Julian Assange remains on remand in the high security Belmarsh Prison where he has been for over 500 days. The most pressing problem for Julian is that conditions in detention continue to obstruct his ability to prepare his legal case, a case on which his life depends.

Please keep sharing this fundraising appeal with friends, family, colleagues and anyone else who might be able to donate.
Thank you for your ongoing support. 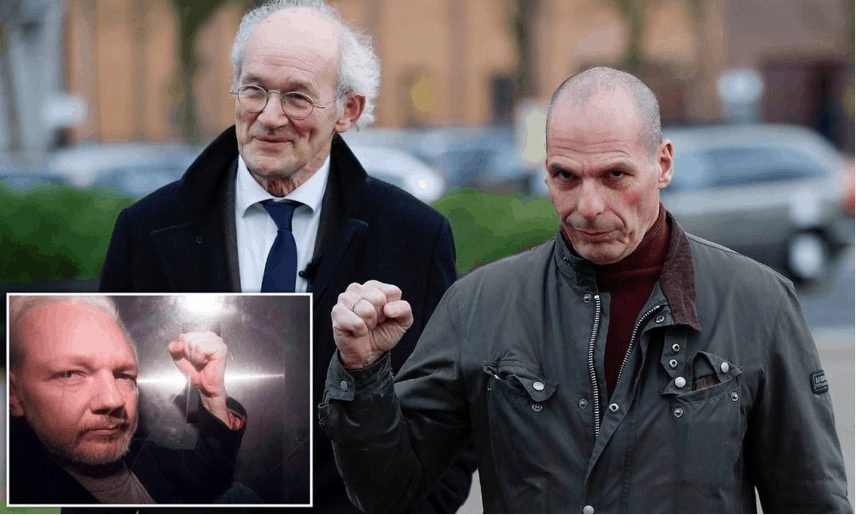 The fight for justice for Julian Assange takes place in the Greek courts today, where Yanis Varoufakis will testify against the private company that was hired to spy on Assange while he resided in the Ecuadorian Embassy.

On Tuesday 27 October at 13h local time, DiEM25 co-founder Yanis Varoufakis will testify to the Special Investigations Unit for International Judicial Assistance as a witness for the prosecution, through a teleconference hosted in Greek courts. He will support a Spanish case against the private company UC Global, which was spying on Julian Assange during his stay in the Embassy of Ecuador in London.

The company in question had a contract with US authorities and is being investigated for potential violations of rights of Yanis Varoufakis and other visitors of Julian Assange.

More specifically, the investigation is focusing on the illegal video and sound recording of private conversations between Varoufakis and Assange that were secretly obtained by the security agency. It also pertains to the illegal collection of copies of Varoufakis’ passport, as well as the contents of his mobile — all of which was transmitted from UC Global to its “customer” across the Atlantic, i.e. the US government.

It is of critical importance that this case against those who have hunted Julian Assange for years is conducted by a European Justice authority. All the while, Julian is slowly dying in inhumane isolation in the British equivalent of Guantanamo: the high security HM Prison Belmarsh. And for what crime? For informing citizens in the West of the crimes conducted by their governments, in their name.

The co-founder of DiEM25 and Secretary of MeRA25, Yanis Varoufakis, will give his testimony to the Spanish authorities voluntarily via teleconference, thus contributing to the years of struggle conducted by DiEM25, MeRA25 and the Progressive International to support, and eventually free, Assange. It is to this struggle that we call you all to join your voices and help us free Julian Assange.

To see the videos of Varoufakis: https://diem25.org/yanis-varoufakis-testify-against-private-company-hired-spy-assange/

From Phillip Adams, Brisbane re The Petition:

Note; In response to the Foreign Minister: This petition never demanded consular contact. In relation to this politically motivated show trial for torture and eternal silencing of Julian Assange, consular contact has been a designated administrative dead end to jerk us along. This petition demands direct involvement by the Foreign Minister and or the Prime Minister of Australia to free Julian Assange by direct ministerial demands with their counterparts in the UK and USA. Now we know that is happening, we can now confirm we are getting somewhere.

For the record previous Australian Consular Contact and followups will be included in the investigation request in Petition Notice 3 to the International Criminal Court. Now with the passage of time we can see that the process of countless waste of time consular contacts appear to have been nothing more than just another smoke screened cog to ensure Julian Assange the journalist is delivered to the entity that committed the war crimes he exposed. Where is the public outrage by the Foreign Minister and Prime Minister about the plan to poison an Australia Citizen Mr Assange in an Embassy, where is the outrage over the plan to kidnap him. Where is the outrage towards the establishment of a legal precedent that will destroy Australian, British and Western sovereignty. 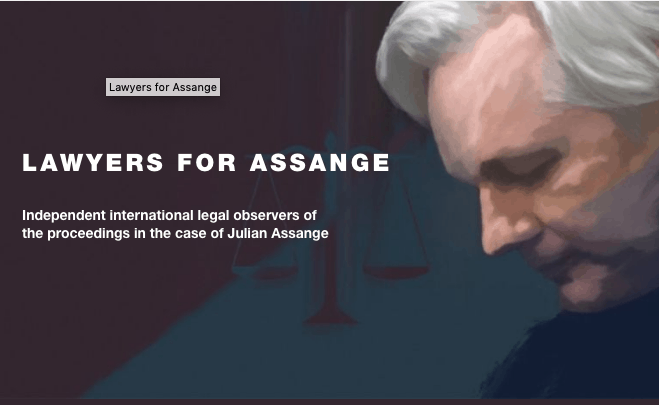