Fears for the life of Iranian writer Arash Ganji 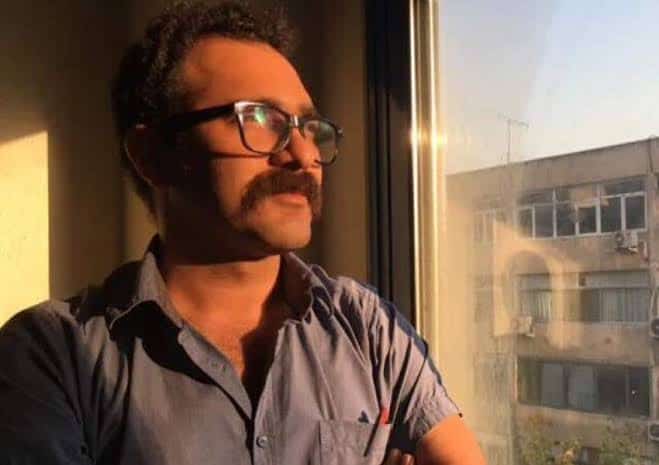 On Wednesday 31 August 2022 the Iranian Writers Association (IWA) announced in a statement that Arash Ganji was being transferred to Rajaei-Shahr Prison under a fabricated accusation. Arash Ganji is a writer and member of IWA, which advocates for freedom of expression and an end to censorship. In December 2019 Ganji was arrested and detained at Evin Prison for 29 days for his translation of a book about a Kurdish-led uprising in northern Syria, a year later he was sentenced to 11 years in prison on several national security charges. His prison terms were later reduced to five years, and he has been imprisoned since last year.

According to a statement released by IWA the prison officials accused Arash Ganji of the publication of an audio file.  Ganji denied playing any role in the publication of the file.  The recording is about the horrendous condition of Evin prison where Arash and some other members of IWA are held, along with many other political and civil rights prisoners. Another member of the IWA, Baktash Abtin, was also in Evin prison when he passed away January 8, 2022 caused by a lack of medical attention. The IWA blames the regime in Iran for the death of Baktash.

The Iranian Writers Association stated, “This is not the first time that imprisoned IWA members are facing baseless and fabricated accusations by the prison officials. The Iranian Writers Association believes Arash Ganji’s transfer (to the Rajaei-Shahr prison) and the fabrication of similar accusations are in line with increasing pressure on him and other political prisoners; prisoners whose verdicts are even based on legal fabrications.”

In June 2021 Arash Ganji recorded this video for PEN Sydney, in which he called for freedom of expression across the Middle East: “I know very well that real freedom of expression cannot be guaranteed simply by being mentioned on a piece of paper and we should not see that as an ultimate solution. But the lack of those guarantees gives governments a free hand to attack that freedom violently. Middle Eastern governments have not and would not easily accept freedom of expression, so we need to fight and struggle to bring freedom of expression into the constitutions of these countries; and whether we achieve it or not, it will be a huge democratic fight. This struggle will lay the ground for alliances and international solidarity with other democratic movements like the working class, women, the environment, migrants and others. And this will be a way for us to learn how to practise struggle and internationalism.”

We believe the current fabricated accusation against Ganji is a pretext for imposing new and longer jail terms on him in order to keep him in prison indefinitely. In addition his transfer to another prison far from his family puts undue pressure on his support system, especially his mother who is suffering from poor health.

The Iranian regime is trying in vain to handcuff the thoughts and creativity of Arash Ganji. But history has shown that thoughts become actions, voices become screams, and words flourish beyond the walls of prisons. The hands of international solidarity will reach behind the walls of Evin prison to support and warm the hearts of all IWA members, to terminate tyranny and to deliver freedom for all of them.

All PEN Centres undersigned call for the immediate release of IWA members and all political prisoners in Iran. We remind the Iranian authorities of their obligation under the UN Human Rights Charter to respect all freedoms and to immediately abolish all executions and all forms of torture and trauma.