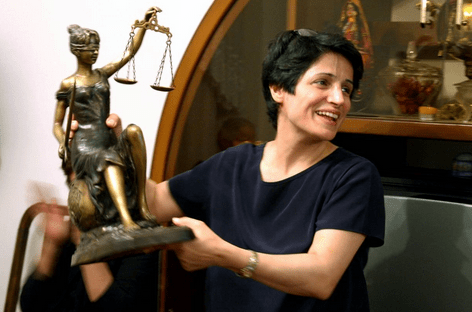 Update: Nasrin Sotoudeh was released several hours after her arrest.

‘We call on the Iranian authorities to release her immediately and unconditionally, and to lift the ban on her practising her profession so that she can return to her important activities defending the rights of others.’

Nasrin Sotoudeh was unexpectedly released in September 2013 after serving three years of a six year prison sentence.  However, the Iranian Bar Association suspended her license to practice for three years, which she has been campaigning to have lifted, including by staging daily demonstrations outside the Bar Association’s offices.  She was briefly arrested on 25 October 2014 after one of the demonstrations. Sotoudeh is an Honorary Member of PEN American Center.