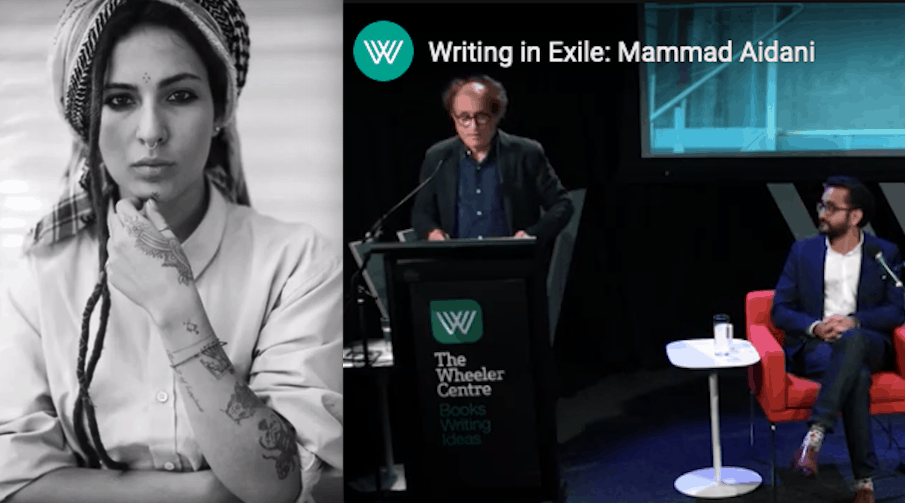 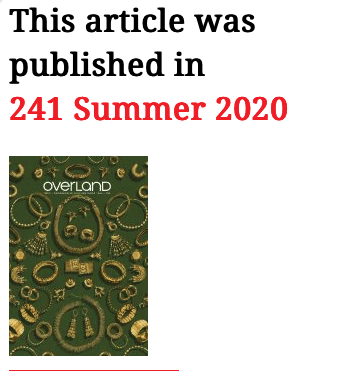 I dedicate my life’s work to all past and present Iranian writers and thinkers who have been imprisoned, tortured, executed and exiled.

We live in the age of new catastrophes. An exile’s life is about fighting against oppression in the country of birth, gaining knowledge, demanding justice and freedom for all the world’s people. Being an exile has taught me the true meaning of commitment, resoluteness and resistance of oppression and injustice.

Exile teaches you how to resist, stand up when you fall, again and again, and walk back. It teaches you how to look deeper. It shows you not to see things superficially. Exile is a unique mode of seeing and thinking and living and dying. It reminds you about the real benefits regarding your stance facing the injustices imposed on yourself and others.

You can also view Mammad’s presentation at the Wheeler Centre hosted by Sami Shah. It was recorded on Thursday, 14th March 2019 as one of the Writing in Exile series of lectures organised by PEN Melbourne.

Mammad Aidani is a human rights advocate, poet, playwright, theatre director, and psychosocial researcher. In his research he investigates the violence, torture, trauma and suffering experienced by Iranian and Middle Eastern immigrants, refugees and asylum seekers who have resettled in Australia and the West. Mammad is currently the vice president of PEN International Melbourne. He teaches Hermeneutics and Phenomenological philosophy at the Melbourne School of Continental Philosophy. Mammad’s writings have been banned in Iran.

A Letter to Australian and Western Artists

“It is the job of thinking people not to be on the side of the executioners.” — Albert Camus

Art is about telling truths. I believe that the artist’s role is to resist oppression and injustice in any society, to demand justice when he or she sees it and, with good conscience, expose it at any cost.

Australian artists and those involved in the arts who visit Iran to perform, participate and engage in artistic events need to know that their visits, online performances, and acts serve to legitimise and endorse the country’s oppressive Islamic regime. These artists should be conscious that it is impossible to hold any artistic event without official permission from the notorious Ministry of Culture and Religious Guidance — the Ministry is watching everything done by artists, writers, journalists, and intellectuals.  Over the last 43 years, its task has been to strictly scrutinise anything written, translated, performed and published by Iranians. In an Orwellian sense, it is the  Ministry of “thought control”.

The Iranian Islamic regime systematically abuses the human rights of its citizens. It arrests, interrogates,  imprisons, tortures, and  has executed artists, writers, and poets who have defied the censorship of their work and directly criticised the brutality and injustices the regime imposes on Iranian people. Artists who go to Iran to present their work are in danger of legitimising the Islamic regime’s oppression of the Iranian people over the last 43 years.

Perhaps the Australian artists who visit Iran (and who work online with Iranians inside Iran or accomplices of the regime abroad) do not know this. However, their Iranian friends here in Australia and other Western countries and their hosts inside Iran are well aware of the Islamic regime’s dictatorship and censorship in Iran. They know that no one can directly criticise the Iranian Islamic regime’s oppression and brutality inside or outside their county without being met by severe punishment. They are aware that artists can not freely express their thoughts and views in Iran, and most who have tried to do so find themselves silenced, exiled and worse.

History has shown us that oppressive regimes, threatened by the thought of their people seeking freedom, will stop at nothing to maintain absolute control over them. This is equally true of these regimes’ opportunistic apologists, justifiers and accomplices. Consequently, a true critic of the Iranian Islamic regime who lives outside Iran cannot visit the country and return safely to their country of residence.

It is essential for Australian and other Western artists, however well-intentioned, to inform themselves about the actual political situation in Iran if they are approached to collaborate on an art project in the country. When these invitations come from Iranians who, while living abroad, freely move between Iran and their country of residence, one should seriously wonder and enquire: how is it that these artists can freely move between Iran and their country of residence? How does the Iranian regime allow them to visit to perform their works and participate in arts projects in Iran and leave the country as they wish? Most importantly, how is it that the Iranian Islamic regime, with its inflexible censorship system under the brutal control of the Ministry of Culture and Religious Guidance, allows them to perform and exhibit their works in Iran while violently oppressing others.

Many Iranian artists have wholeheartedly and courageously demonstrated their commitment to truth-telling by actively defying and challenging the undemocratic Iranian  Islamic regime through their words and actions.  Artists and intellectuals could follow their lead to demonstrate their genuine care, respect and honour their sacrifices and actions.

Geelong Regional Libraries
In August and September 2019, documentary photographer Ali MC spent four weeks capturing the diversity of Iran through black and white 35mm film. The result is Analog Iran, an online exhibition which explores the diversity of a country that is often stereotyped in the media. From the border of Afghanistan to the bustling metropolis of Tehran, these photographs bring to life the everyday lives of Iranian people. Ali’s work shows the tension between the hospitality and graciousness of the Iranian people, and the constant political and economic pressures of daily life. Join us for this wonderful presentation of his stunning photographs, and tales of his travels through this amazing part of the world.

Music in this video

The Orchard Music (on behalf of Kepera Records); Muserk Rights Management, and 1 Music Rights Societies
Back to all Latest News