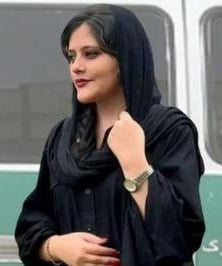 PEN International 88th Congress: A Message of Solidarity with the Women and People of Iran

Dear friends
I hope you all are well.
I thought maybe you are interested of reading my short article about what’s going on in Iran. Please don’t hesitate to share it with you friends. Specially your non_Iranian friends. Maybe it help them to have a better understanding and sympathy with Iran.
https://thefederal.com/opinion/irans-revolution-of-forbidden-song-dance-and-kiss/
Thank you
All the best
Shokoofeh Azar

PEN Melbourne condemns the arrest of Baha’i writer and poet Mahvash Sabet and joins the call for her immediate and unconditional release by the Iranian authorities. 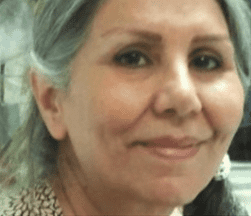 Iran: Authorities must release writer and poet Mahvash Sabet and end its crackdown on the Baha’i community in Iran

PEN International and PEN Centres strongly condemn the arrest of Baha’i writer and poet Mahvash Sabet by the Iranian authorities and call for her immediate and unconditional release. PEN International and PEN Centres raise serious concerns over Sabet’s health amid the continued prevalence of Covid-19 infections in prisons and deliberate medical negligence by the Iranian authorities.

On 31 July, Iranian authorities arrested Mahvash Sabet and two other members of the long-disbanded “Yaran-i-Iran” or “Friends of Iran,” Fariba Kamalabadi and Afif Naemi, who helped to administer Baha’i community’s affairs in Iran until 2008, over unfounded “spying” charges. The authorities have sent Sabet to Evin prison in Iran, where she was previously imprisoned.

According to media sources, Iran’s Intelligence Ministry alleged they were linked to the Baha’i centre in Israel and had collected and transferred information there. The Baha’i World Centre, the spiritual and administrative heart of the Bahá’í community, is located in the twin cities of ‘Akká and Haifa in Israel. The Baha’i presence has existed since before the founding of the state of Israel: nevertheless, the Iranian authorities have long used unfounded “spying” allegations against the Baha’i community in Iran.

Their arrests come amid a vicious crackdown on the Baha’i people in Iran, where authorities arrested several Baha’i activists, closed down dozens of Baha’i businesses, and demolished their houses.

Mahvash Sabet is a teacher and prominent poet who spent a decade in arbitrary imprisonment due to her religious beliefs. Sabet began her professional career as a teacher and worked as a principal at several schools. She also collaborated with the National Literacy Committee of Iran. Following the Islamic Revolution in 1979, Sabet was fired from her job and blocked from working in public education, like thousands of other Iranian Baha’i educators. She served for 15 years as director of the Baha’i Institute for Higher Education, which provides alternative higher education for Baha’i youth.

She began writing poetry in prison, and a collection of her prison poems was published in English translation in 2013. Sabet is an honorary member of Austrian PEN and Danish PEN, and was awarded the 2017 PEN Pinter Prize for an International Writer of Courage. PEN International has campaigned for her release and featured her case in PEN’s 2014 Day of the Imprisoned Writer campaign.

One day, returning from the prison walk

I met a sparrow taking the air too, on my way.

It was pecking a piece of frozen bread,

a cold crumb lying between us in the snow.

‘You and I are both hungry prisoners,’ I said.

At that, it instantly let go of the crumb and flew away,

and I thought, ‘Are you less than the sparrow’?

‘Why don’t you drop the bread too, like this bird?

Why can’t you free yourself from crumbs – and words?”