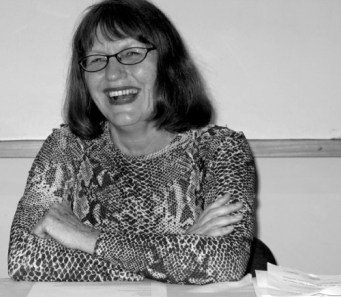 The fact that Rosie Scott’s friends have known the desperate state of her health for many months doesn’t lighten the blow of losing her. A fine writer, a beautiful and generous friend has gone from among us. Over the last decade and a half we have grown to admire the Rosie Scott who will continue to be admired even by those who didn’t have the good fortune to know her. Rosie was a hero in the fight to give voices to the despised and rejected, and to make Australia a more generous and right-thinking place than venal politicians have, it seems, have made it.

Rosie Scott, with her co-editor Thomas Keneally, edited and saw through to publication two collections that reached out to one another like those who did the writing: the asylum-seekers for whom Rosie fought so unremittingly, and the Australian writers who, in the words of reviewer Di Cousens, “give us back our imagination” to understand suffering and to reject the policies that cause it. Another Country and A Country Too Far together record the huge disjunction of humanity, the monstrous injustice involved in delaying acceptance of refugees, in placing them in detention, and in desperately planning alternative destinations for them while reneging on our national undertakings under the U.N.

I remember Rosie, earlier in this century when we still tolerated detention centres on our own soil, standing to speak on the dusty South Australian country road in front of the gates of Baxter Detention Centre. She had gathered together activists for child detainees, supporters from the writing community including PEN—many come from other states—and people from Whyalla who were endeavouring to help the detainees, and launched Another Country in sight of that prison. Rosie went on to recruit the Australian writers for the second book, and continued working for publicity in many cities and venues.

When eventually the policies of rejection and detention are abandoned and condemned, it will be found that many were reached and many were humanised by Rosie’s work. She gave a public voice to the dozens of asylum-seekers she published and to the writers who cared.

Vale Rosie. You showed, to quote your Introduction to A Country Too Far, that “workable and compassionate ideas about this human tragedy are not only possible but essential for us as a nation”.