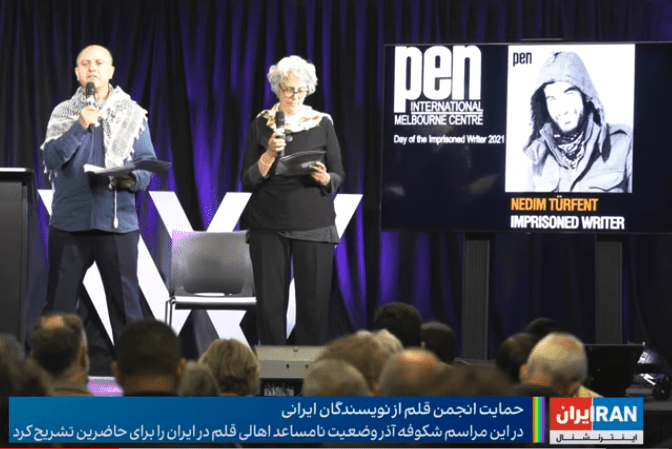 On Monday, 15th November, 2021, PEN Melbourne held its International Day of the Imprisoned Writer event at the Wheeler Centre to pay tribute to 100 years of PEN International work. The event was covered by Iranian TV news. The youtube link is provided below: 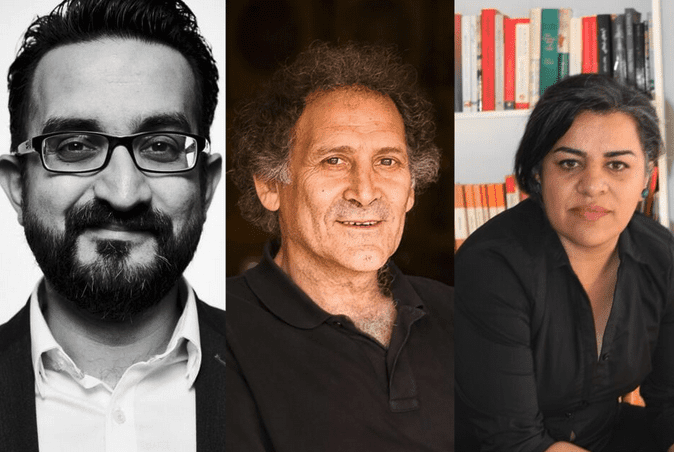 Together in Literature: 100 Years of PEN International

For 100 years, PEN has been committed to defending the freedom of all people to express ideas without fear of attack, arrest, murder or other forms of persecution. This centenary arrives at a time when borders are closing, authoritarianism is ascendant and the voices of many are silenced. In the face of this opposition, PEN continues to uphold the fundamental role of literature as a force for change, in bringing together people of diverse experiences, fostering understanding and inspiring conversations across cultures.

In this special event, held on the international Day of the Imprisoned Writer, join an assembly of voices and languages as we pay tribute to the work of PEN and rejoice in the power of the written word. Featuring readings and reflections from Arnold Zable, Shokoofeh Azar, Hidayet Ceylan, Jackie Mansourian, Anna Takluem and Chris Lwin. Hosted by PEN Melbourne Ambassador Sami Shah.