The cost of courage: Australia must do more to protect whistleblowers 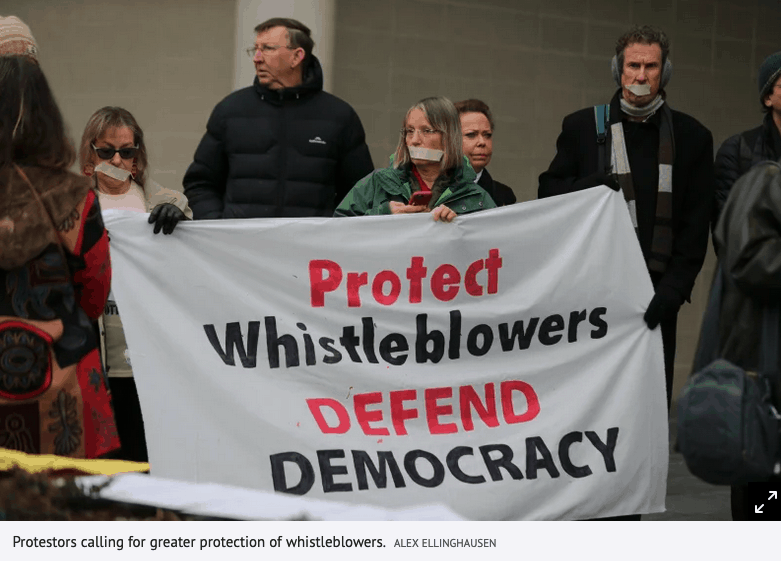 As we reach the end of 2020, four individuals – Bernard Collaery, Witness K, David McBride and Richard Boyle – are being prosecuted by our government. These whistleblowers spoke up in the public interest, and now face the very real prospect of jail time. If we want to live in a transparent, accountable democracy, that should trouble us all.

Collaery and Witness K revealed that Australia bugged Timor-Leste’s cabinet, to help our government in ripping off an impoverished neighbour during tense oil and gas negotiations. McBride blew the whistle on the alleged actions of Australian special forces in Afghanistan – conduct characterised as potential war crimes by the Inspector-General. Boyle called out aggressive debt recovery practices by the Australian Taxation Office, which deliberately targeted vulnerable small businesses.

In each case, these whistleblowers raised their concerns internally first. Witness K articulated their misgivings with the Inspector-General for Intelligence and Security, in consultation with his Intelligence-approved lawyer, Collaery. McBride went to the police. Boyle lodged an internal disclosure. In each case, they were sidelined or ignored.

In desperation, they spoke up. But for these principled people, we might never have known about the misdeeds – potentially illegal, or, at the very least, improper – done in our name. It is only thanks to Collaery, Witness K, McBride and Boyle that we can demand corrective action and take steps to ensure they are never repeated.

We should be praising these whistleblowers. Instead, the Morrison government is prosecuting them. Orwellian? Kafkaesque? Take your pick.

Whether or not Collaery, McBride or Boyle succeed in their defences (Witness K has indicated a willingness to enter a plea of guilty to a single charge of breaching the Intelligence Services Act, subject to a plea bargain), the chilling effect of the prosecutions is severe. What potential whistleblower – having seen the reality faced by the current quartet – would accept these risks and speak up? Staring down the barrel of psychological trauma, professional ruin and financial oblivion, how many prospective truth-tellers will stay silent?

What wrongdoing might be occurring right now that Australians will never know about, because those who witnessed it remain mute? The cost of courage has become too high a price to pay.

It did not have to be like this. In 2013, the Labor government introduced protections for public servant whistleblowers. The Public Interest Disclosure (PID) Act provided a comprehensive regime for the disclosure and investigation of wrongdoing and protections for those who speak up. But while on paper the law was a step in the right direction, it has proven ineffective in practice – no more than a cardboard shield. 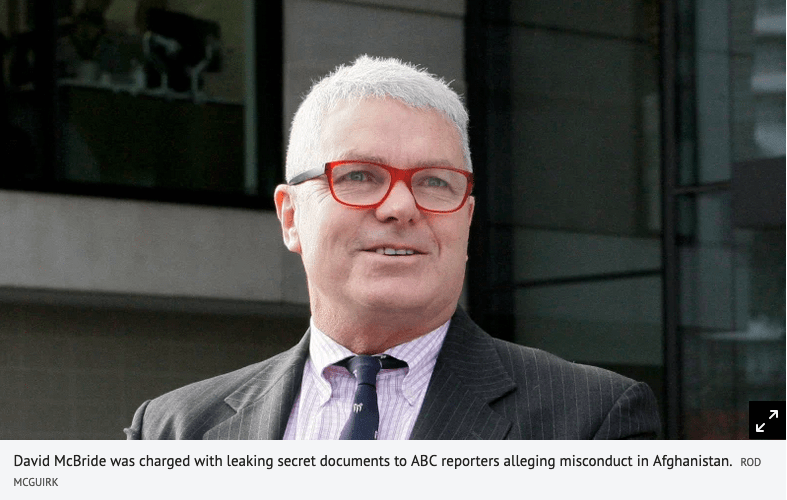 In 2016, an independent review by Philip Moss found that “the experience of whistleblowers under the PID Act is not a happy one”. Last year, a Federal Court judge lambasted the law as “technical, obtuse and intractable” and “largely impenetrable”.

On Wednesday, Attorney-General Christian Porter announced that the government was accepting, in part or in whole, 30 of the 33 recommendations made by Moss. This is welcome news, but it is long overdue. Porter and his colleagues have sat on this reform for four and a half years. In the meantime, homes have been raided, charges laid against whistleblowers and secretive trials commenced.

The Attorney-General must reform the PID Act as a matter of urgency. In the government’s official response, it flagged that it intends to go further than the Moss review. This is welcome, although the devil will be in the detail – detail which, for now, remains absent. If Porter is serious about promoting transparency and probity within our democracy, he should commit to legislating stronger protections for government whistleblowers in early 2021. Wednesday’s announcement is a positive step, yet until these changes become law, whistleblowers will continue to suffer.

Meanwhile, the government has doubled-down on secrecy laws to penalise unauthorised disclosure of official information. It terminates the employment of public servants who dare criticise it online and cuts funding to accountability agencies that were established to keep the government in check. Our freedom of information regime is in tatters. Collectively, these measures guarantee a culture of silence within our public service and make external oversight even harder.

Australia was once a world leader in the field of whistleblower protections. When the first whistleblowing laws were introduced in this country, in 1993, the United States was the only jurisdiction with comparable protections. But as nations across the globe have found innovative ways to protect and empower whistleblowers, Australia has lagged behind. We have failed to shake off the words of a former police commissioner, who once observed that “nobody in Australia much likes whistleblowers”.

Many shun the label entirely. They are simply people who did what they believed was right – people who saw cruelty, corruption or abuse of power, and felt morally compelled to do something about it. In their shoes, would we not all hope for the courage to do the same?

Whistleblowers perform a vital democratic function in Australia. They are the canary in the coalmine that is Australian democracy. We must hear their call, not lock them up. The government’s recently-announced commitment to reform the PID Act is welcome, but actions speak louder than words.

Kieran Pender is a senior lawyer with the Human Rights Law Centre, and leads the centre’s work on whistleblower protections.

Please consider donating to this very worthy cause. UK citizen and innocent hostage Anoosheh Ashoori has spent 3 years in Iran's Evin prison. The British government clearly isn't doing enough, so we ... should step up. @freeanoosheh
https://www.crowdfunder.co.uk/freeanoosheh?utm_source=freeanoosheh&utm_medium=share&utm_campaign=pledge_thanks&utm_content=4GXPnrXj