Minister claims “consular assistance” given to Assange. PEN Melbourne members appalled by response; John Pilger on Assange and other Updates: 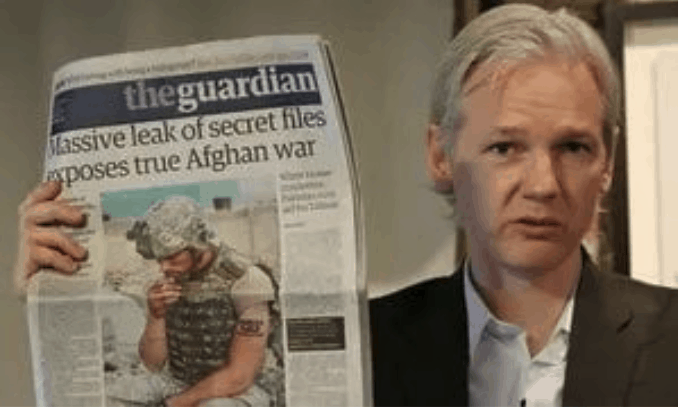 Share this
Here is the letter sent to Minister Payne, the Prime Minister and other members of the government:

For those who may have forgotten, WikiLeaks, of which Assange is founder and publisher, exposed the secrets and lies that led to the invasion of Iraq, Syria and Yemen, the murderous role of the Pentagon in dozens of countries, the blueprint for the 20-year catastrophe in Afghanistan, the attempts by Washington to overthrow elected governments, such as Venezuela’s, the collusion between nominal political opponents (Bush and Obama) to stifle a torture investigation and the CIA’s Vault 7 campaign that turned your mobile phone, even your TV set, into a spy in your midst.

WikiLeaks released almost a million documents from Russia which allowed Russian citizens to stand up for their rights. It revealed the Australian government had colluded with the U.S. against its own citizen, Assange. It named those Australian politicians who have “informed” for the U.S. It made the connection between the Clinton Foundation and the rise of jihadism in American-armed states in the Gulf.

About Those Who Take Us to War

There is more: WikiLeaks disclosed the U.S. campaign to suppress wages in sweatshop countries like Haiti, India’s campaign of torture in Kashmir, the British government’s secret agreement to shield “U.S. interests” in its official Iraq inquiry and the British Foreign Office’s plan to create a fake “marine protection zone” in the Indian Ocean to cheat the Chagos islanders out of their right of return.

In other words, WikiLeaks has given us real news about those who govern us and take us to war, not the preordained, repetitive spin that fills newspapers and television screens. This is real journalism; and for the crime of real journalism, Assange has spent most of the past decade in one form of incarceration or another, including Belmarsh prison, a horrific place.

If you can unravel the arcane logic of this, you have a better grasp than I who have sat through this case from the beginning. It is clear Kopelman misled nobody. Judge Baraitser – whose hostility to Assange personally was a presence in her court – said that she was not misled; it was not an issue; it did not matter. So why had Lord Chief Justice Holroyde spun the language with its weasel legalise and sent Julian back to his cell and its nightmares? There, he now waits for the High Court’s final decision in October – for Julian Assange, a life or death decision.

In the Land of Magna Carta

And why did Holroyde send Stella from the court trembling with anguish? Why is this case “unusual”? Why did he throw the gang of prosecutor-thugs at the Department of Justice in Washington — who got their big chance under Trump, having been rejected by Obama – a life raft as their rotting, corrupt case against a principled journalist sunk as surely as Titantic?

This does not necessarily mean that in October the full bench of the High Court will order Julian to be extradited. In the upper reaches of the masonry that is the British judiciary there are, I understand, still those who believe in real law and real justice from which the term “British justice” takes its sanctified reputation in the land of the Magna Carta. It now rests on their ermined shoulders whether that history lives on or dies.

To read the full article, follow this link:
Another Consortium News article containing a lot of detail about the US appeal is:

‘The charges faced by Julian Assange in the US represent a huge threat to media freedom and investigative journalism everywhere. Our position is clear. Espionage laws should not be used against journalists and publishers for disclosing information of public interest. We once again urge the US authorities to drop the case against Assange and to withdraw their extradition appeal.’

‘The UK authorities must uphold their commitment to press freedom and prevent Julian Assange’s extradition to the US. Assange has been held in Belmarsh High Security Prison for over two years. This case has deeply concerning implications for press freedom and as such he should be released as a matter of urgency.’

Our festival #EnglishPEN100 opens tomorrow at @southbankcentre with a new work by @aiww commissioned for our 100th anniversary.

Join us for a weekend of events with writers, thinkers, activists who are defending our rights to write and read.