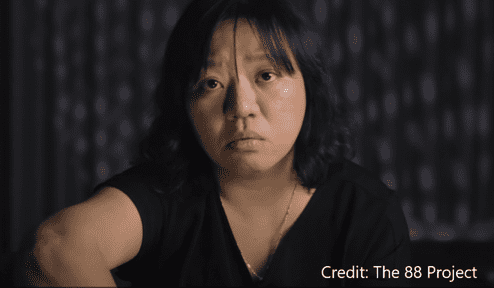 This month marks the two-year anniversary since Pham Doan Trang was detained by the Vietnamese authorities, who subsequently sentenced her to nine years’ imprisonment for “Making, storing, spreading information, materials, items for the purpose of opposing the State of the Socialist Republic of Vietnam”, a charge frequently used to target those who criticise the government. PEN International believes that Pham Doan Trang has been unjustly sentenced for her peaceful expression and calls again for her immediate and unconditional release, and for her conviction to be overturned.

TAKE ACTION! Please send appeals to the authorities of the Socialist Republic of Vietnam:

A template appeal letter is available to use, in both English and Vietnamese.

Send copies to the Embassy of Vietnam in your country: Click here.

PEN members are encouraged to:

** Please keep PEN International informed of any action you take in regard to Pham Doan Trang’s case, including any responses you receive from the authorities **

Pham Doan Trang is an author, journalist, publisher and democracy activist. A selfless advocate for the rights of others, she has suffered severe persecution from the authorities, including harassment, assault, and forced homelessness.

Regarded as one of Vietnam’s most prominent human rights activists, Pham Doan Trang is the author of several books, including Politics of a Police State, Non-Violent Opposition and Handbook on supporting Prisoners. Pham Doan Trang has received multiple awards in recognition of her advocacy work, including the 2020 IPA Prix Voltaire Award and the 2022 Martin Ennals Award. On 17 November 2022, Pham Doan Trang is due to be awarded CPJ’s International Press Freedom Award in recognition of her reporting in the face of persecution.

In October 2020, Pham Doan Trang was arrested at her home and charged with “conducting propaganda against the Socialist Republic of Vietnam”, an allegation frequently used to imprison dissident writers and human rights activists.

While detained, Pham Doan Trang was denied access to legal counsel and medical care for over a year. This ill-treatment raises serious concerns in relation to her pre-existing health conditions, such as low blood pressure and chronic pain, resulting from her legs being severely injured after she was assaulted by the police in 2015.

14 December 2021 Pham Doan Trang was sentenced to nine years’ imprisonment, despite her unjust detention drawing international condemnation from the the United Nations Special Procedures, human rights groups, and governments around the world. On 25 August 2022, the Hanoi People’s High Court rejected Pham Doan Trang’s appeal against the sentence. On 1 October 2022, Pham Doan Trang was transferred to a prison located approximately 100km north of Ho Chi Minh City, further complicating her ability to receive visits from her family and legal representatives.

In May 2019, Pham Doan Trang drafted a letter to be circulated in the eventuality she was ever jailed. The letter can be found here.

For previous actions by PEN International on Vietnam, click here.

Attached is an optional template letter that can be used to help draft the letter of appeal to the Vietnamese authorities (including versions in both English and Vietnamese).