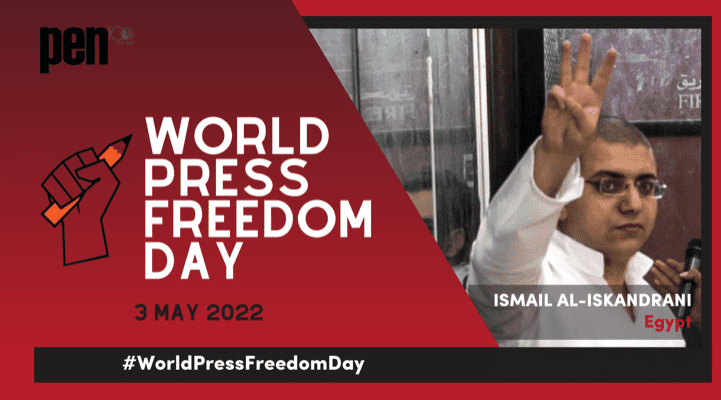 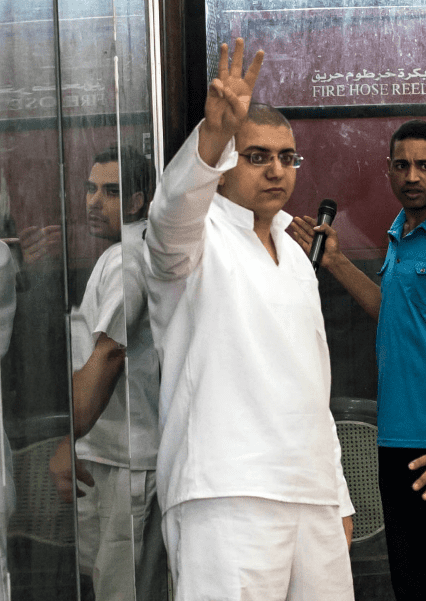 May 3: Today, on World Press Freedom Day 2022, PEN International features the case of investigative journalist Ismail al-Iskandrani, detained by the Egyptian authorities for exercising his right to freedom of expression through his work.

“No crisis, be it political, cultural, social or economic, can truly be addressed without an independent and free press. Freedom to criticise governments, administrations and institutions is necessary for the advancement of the world towards a more highly organised order. Here at PEN, we stand for a free press and oppose arbitrary censorship in any form. Journalists should not be punished for seeking to unveil the truth”. Burhan Sonmez, President, PEN International

Established by the UN General Assembly in 1993, following a recommendation adopted at the 26th session of UNESCO’s General Conference in 1991, World Press Freedom Day is a day to reflect on the importance to inform citizens of the violations of press freedom, support media professionals who are targeted in the pursuit of a story, honour journalists who lost their lives because of their profession, and call on governments to respect their commitment to press freedom.

Ismail al-Iskandrani is an award-winning writer, investigative journalist and socio-political researcher. He worked with several research centres, including the Egyptian Center for Economic and Social Rights and the Arab Reform Initiative, and is best known for his research and writings on militant groups operating in Egypt’s Sinai Pensinsula.

Al-Iskandrani was arrested on 29 November 2015 at Hurghada Airport upon his return from Berlin, Germany. Authorities seized his laptop, mobile phone and personal belongings, and later presented them as evidence against him. He was held in arbitrary pre-trial detention for over two years before being referred to a military court under the pretext of revealing military secrets.

In May 2018, al-Iskandrani was sentenced to 10 years imprisonment for ‘leaking military secrets’ and ‘membership of a terrorist group’. On 24 December 2018, an Egyptian military court upheld the 10 year prison sentence against him. He is currently held at the Mazraa (The Farm) prison in Tora prison complex, where he is reportedly denied access to in-person visits with his family, as well as access to reading and writing materials.

PEN believes that al-Iskandrani’s detention and conviction are linked to his work, which challenges the government’s narrative on its counter-terrorism operations in the Sinai Peninsula. Al-Iskandrani’s writings offer a thorough analysis of the situation in Sinai, including the complex socio-economic interests of civilians and military in the region, and of the political mobilization  that took place in Egypt during the Arab Spring in 2011. His work has been published in various regional and international media, as well as academic journals, including the independent Lebanese newspapers al-Safir and al-Modon, and the American Arab Studies Journal, Jadaliyya.

In 2015 al-Iskandrani was awarded the Visiting Arab Journalist Fellowship, Middle East Program, at the Woodrow Wilson International Center for Scholars. In 2014, he  won the Open Eye – Hany Darweesh Award for Exceptional Essay. In 2009, he was one of the winners of the Global Winner in Youth Essay Contest on Democracy  (World Youth Movement for Democracy), and the winner of the National Contest for Spreading Understanding and Mutual Respect, at the Cairo Institute for Human Rights Studies.

PEN International also urges the Egyptian government to respect its international obligations on the right to freedom of expression, and bring the ongoing crackdown on peaceful dissent to an end.

This is what you can do:

We further encourage you to highlight the case of Ismail al-Iskandrani and the state of freedom of expression in Egypt by:

Egypt has long been a country of concern to PEN International due to the mounting violations of freedom of expression and the persecution of writers and journalists.[1] Since President al-Sisi seized power in 2014, the country’s human rights situation has dramatically deteriorated. The Egyptian authorities routinely punish any public or perceived dissent and severely repress the rights to peaceful assembly, freedom of expression and association, including by censoring or blocking hundreds of traditional and independent media outlets, human right websites and political opposition websites.Scores of journalists, human rights defenders, activists and bloggers have been arbitrarily arrested and detained for prolonged periods without trials, and on trumped-up charges linked to their work or critical views of the government.

The image used for this campaign can be re-used and shared by PEN Centres. This image cannot be used for commercial purposes. Copyrights/credits must be acknowledged.